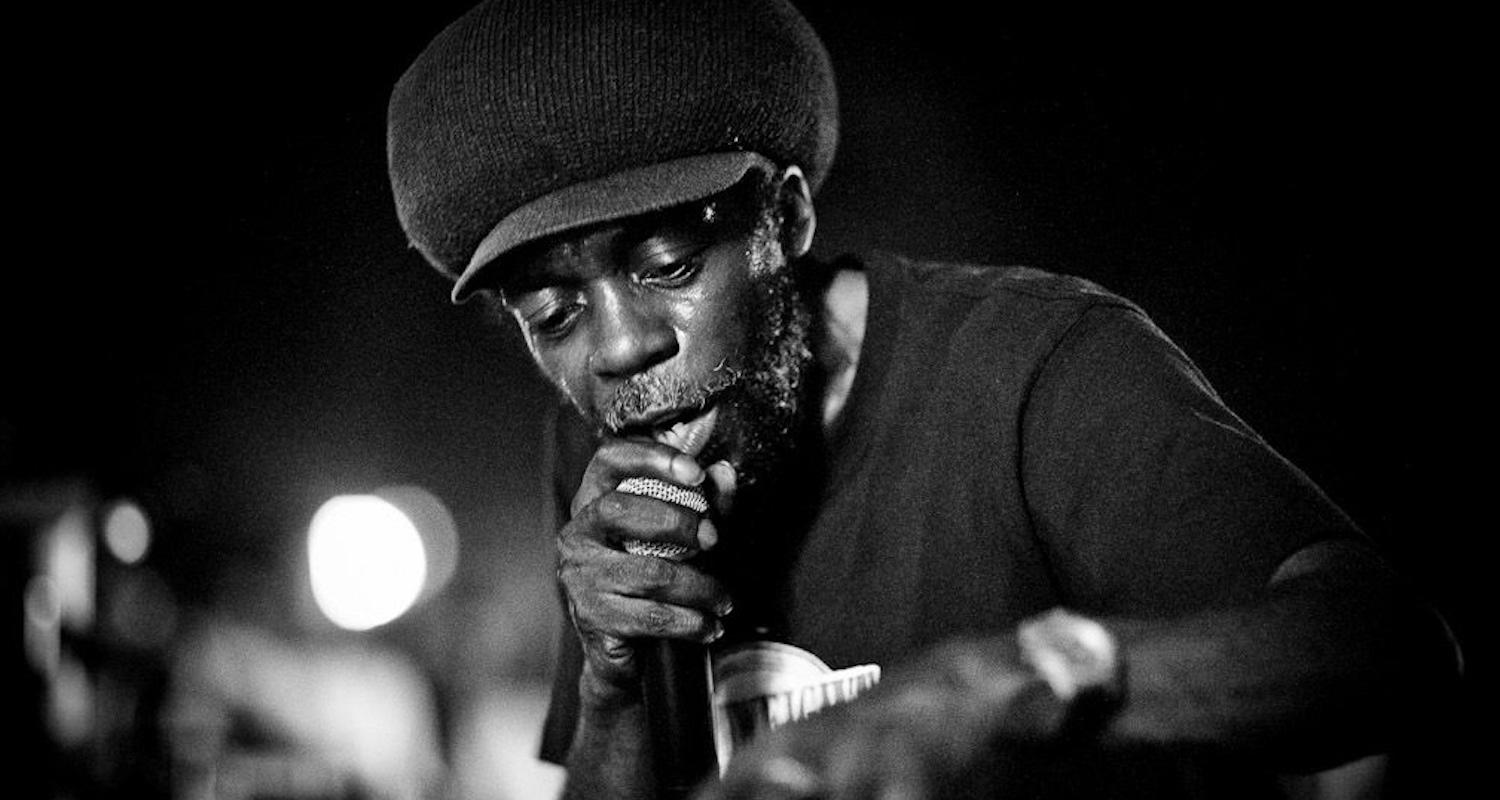 Aba Shanti-I (born Joseph Smith) is a sound system operator and dub producer from the UK. Aba and his sound system have been playing through UK and Europe for over 30 years. He has been a resident sound system at Notting Hill Carnival since 1993 and was voted the No. 1 DJ in the World by DJ Magazine in the same year.
Aba was introduced to Roots and Culture through his father Allan’s sound system at a very early age. He went on to become MC for ‘Jah Tubbys Sound’ travelling up and down the country chatting his conscious    lyrics over heavy dubplate mixes. With the coming of Ragga-Muffin in the 80’s, Roots sound systems were forced to take a back seat and only a few remained loyal. Fortunately, Aba never lost his vibes or his belief in ‘The Father’ and after taking over the running of Tubby’s sound, he made his debut at the Leicester Carnival in 1990 playing his own brand of dub plates. While deejaying for the Jah Tubby’s sound system, Aba Shanti-I was known as Jasmine Joe. Since then, Aba Shanti-I and his sound system play regularly in the UK, with residencies at the Notting Hill Carnival since 1993, Leicester Carnival and the University of Dub. The sound system has also played in Belgium, France, Italy, Japan, Lithuania, Portugal and Spain.Aba Shanti-I has produced and recorded with his brother and the band the Shanti-Ites, releasing records on their own Falasha imprint. Their first record, Tear Down Babylon was released in 1993.Aba Shanti-I currently has a studio on Morning Lane, Hackney.Aba Shanti-I sound system plays music in the roots reggae and dub style. He cites, Dennis Brown, Bob Marley, Junior Delgado, Yabby You and Prince Lincoln as inspiration. The original tracks are usually supplemented by reverb, delays and effects to generate his distinctive sound. Since then he has gone on to be one of the most prominent soundmen in the world of Dub music. 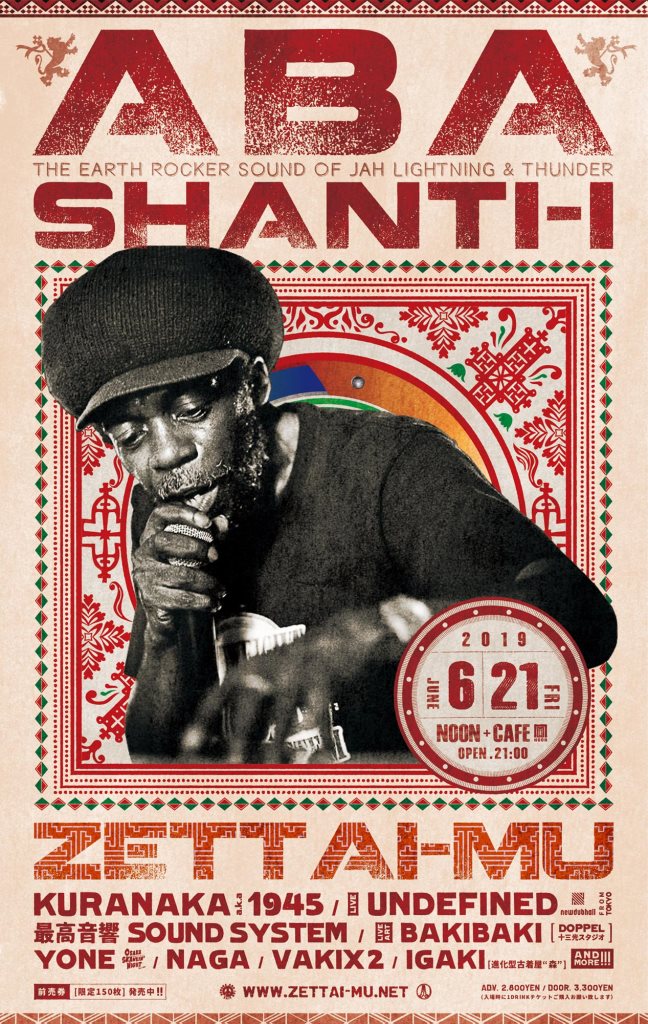 THIS MUCH I KNOW: Aba Shanti-I

I was born Joseph Smith, in Hackney, London, and have lived here all my life. My parents were from Antigua and came to England in 1960. It was my dad who introduced me to roots and culture, he was well into Caribbean music.

Back in the early days, was almost unheard of to get a community hall to put on an event, but Dad sorted that. Where we lived, the black community huddled together and had parties, blues parties, they called them.

I’d help set up the sound system and then get sent home. It wasn’t like today, where young people get in where they shouldn’t. This was strictly for adults and there was no getting away with it in a community where everyone knew each other.

My dad provided the music. It was everything from reggae and soul to Motown, calypso with a bit of rock’n’roll. He was my influence. At school I embraced people around me whose dads had sound systems, too. We used to split our dinner money and buy records and speakers. Our sound system was today’s X-Box, except once you’d built it, you didn’t want to keep it to yourself. You’d exhibit it, stack up a following, be as hardcore as possible and get everyone to hear you.

I was about 11 years old sound systems were a natural thing for me, but some people I encountered hadn’t experienced this world. I guess I was influencing people from an early age. When I was in my late teens I got involved with Jah Tubby’s sound system and travelled up and down the country deejaying.

The third dance we came to was in Leicester, at Highfields Community Centre. I called myself Jasmine Joe – Jasmine was our sound system. I was hardcore. My motto was be happy, it was all jokes and fun and hype back in the day. The battles were so heavy, the way we bullied each other with dub. Man, Tubbys was one of the heaviest sounds about. That’s where the next part of my journey began,dub plates, mastering CDs and learning loads.

When Tubbys started drawing to a close, we started hiring our sound out to visiting Jamaicans, like Black Scorpio, Kilamanjaro and Stone Love. We had one of the best rigs in the world, it enhanced what they were doing. I’d spent my life collecting music and building the system up, I wanted to take that sound and play it – and it was mine to take control of. 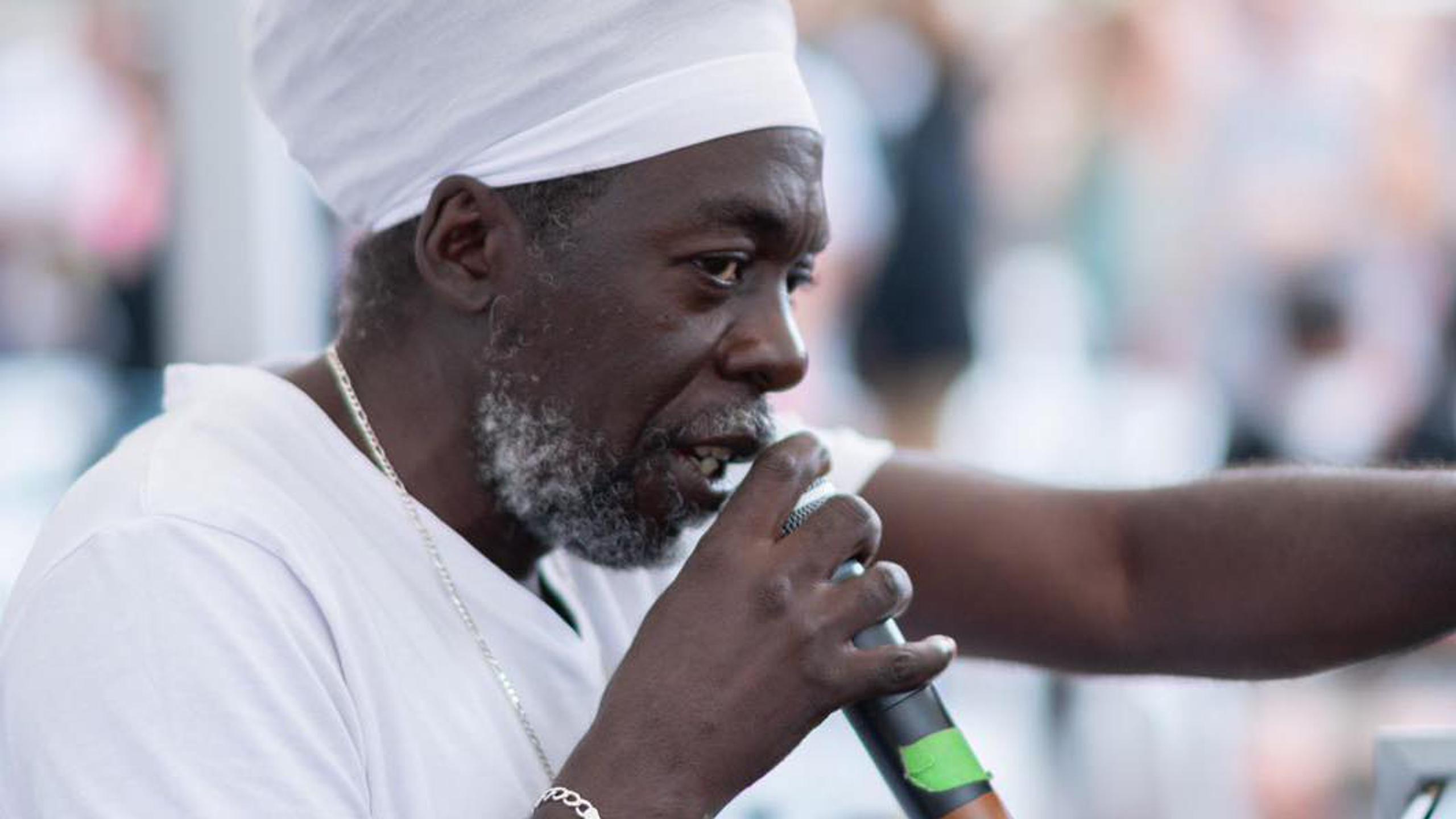 That’s how Aba Shati-I became. always had that name in mind, right from being a child. It stands for His Imperial Majesty – the power, the trinity. It’s a very strong name. If we were going to be doing something conscious and spiritual – that meant something, that said what we were about as rastafarians – then this was the name. Yeah, we’re about peace and love, to every nation, all inclusive, integration, not segregation.

So in 1990, we hired a generator, set up on Victoria Park – uninvited – and played our sounds for 13 hours. Leicester Carnival finished at 8pm. People switched on their car headlamps and we went on until 2am. The only reason we stopped was because the generator ran out of diesel.

Leicester Carnival has become our annual pilgrimage. It means so much to me. Leicester is such a multicultural city and the rasta thing, it brings all nations and religions together on that one special day. I see people who I haven’t seen for years, those who first came as babies in the pushchair. That’s why we continue to do it. To me, it’s like saying a massive thank you to Leicester and its people who’ve supported Aba Shanti over the years, embraced us and adopted us as their own.

It’s the same at Notting Hill. It’s two free days of music in the streets and people travel the globe to come and share in that. It’s massively humbling for me, someone who is naturally very humble anyway. 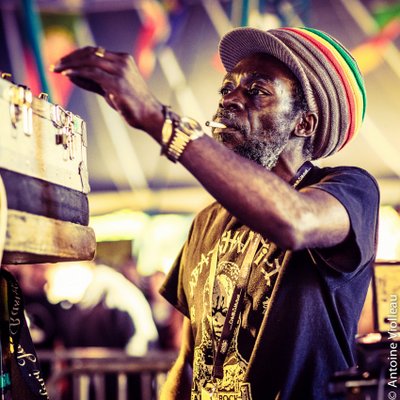 We must be one of the only systems in the world who have dual citizenship, in Leicester and London – we represent both. I’ve been coming to Leicester for 38 years, man. I’ve played The Dome pub, in the city centre, Spectrum, De Montfort Hall, The Music Cafe, The Magazine, The Charlotte and a load of rooms you could barely fit two speakers in.

First and foremost, Aba Shanti-I is about making people understand where we’re coming from as rastas and what we’ve got to offer the world.

Music influences people to do things, not necessarily the correct things. We’re not promoting violence, negativity or homophobia. People have a negative opinion and we want to dispel that myth. We don’t discriminate. We know what it’s like to be ridiculed and frowned upon.

Bob Marley, when he came out, everyone used to talk. He was the first physical image to realise what a rasta was all about. It made people understand there was nothing to fear.

Not every rasta smokes marijuana. I did, but I don’t no more. It’s a very wrong perception that we all listen to reggae and smoke weed. But people have perceptions about a conglomerate and there will always be bad apples.

I’m not judgemental. I’ve been to the Wailing Wall, I’ve looked at books, yeah, I’m not one to jump and say it’s all rubbish, but wisdom can be found in the most unexpected of places.

The roots circuit, it’s a massive scene internationally. Only last week we were at festivals in France and Belgium and 6,000 people came to see us. To me, it’s like going back to the council estates of the ’70s and ’80s, where five or six sound systems battled it out.

A lot of young people inspired by that, they want to learn and it’s all positive – these young people are our future, we need to encourage them. That’s why we got involved with the Red Bull Music Academy. People ask questions in our lectures, we never thought we’d be asked. We’ve always been a self-funded thing, but I’m grateful to Keith at Jah Tubbys for working with me for so many years. And Leicester – we used to play The Dome every fortnight.

We draw inspiration our liberty. Aba Shanti-I has grown beyond itself, into a movement. We’re old school. We want to keep Aba Shanti-I as a soundsystem, we don’t want it looking like a PA. 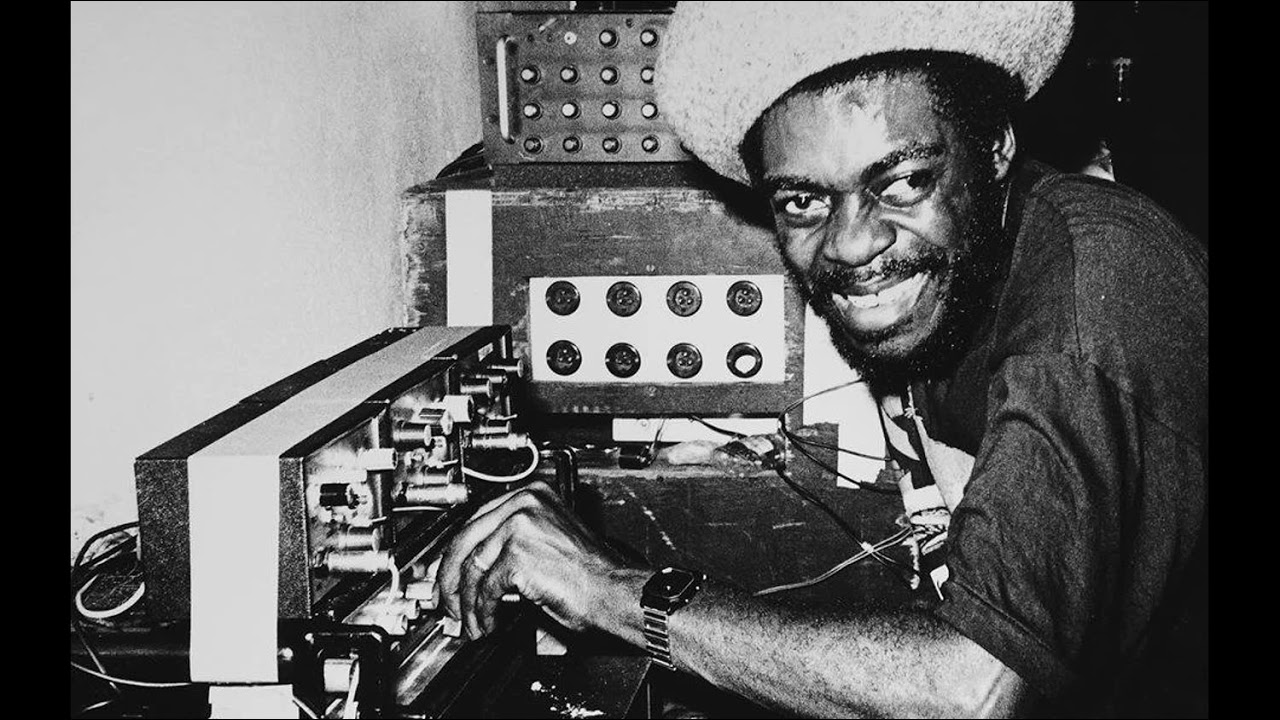 There were so many people music in the ’70s and ’80s. ’s like a big puzzle, not one face dominates, every artist fitting together perfectly.

I play all sorts, including brother Blood Shanti’s music, but my role as a sound system is to promote artists and other people’s music. People come to me with the latest vibes. You would never have heard it on the radio. It’s our unofficial radio station.

One tune I drop religiously is Get Up Child. It’s a universal song that encapsulates the whole of humanity. The mentality that this is mine and I’m not going to share it… yeah, man, the world belongs toand if we don’t look after it, things happen like floods and famine.

I am happy. I don’t like sadness; I know it’s a part of life, not every day is good, there will be down days. We just like to hope that people who come into our dances learn and leave with the essence of tranquility.

Info: Aba Shanti-I will be bringing his sound system to Leicester Carnival, in Victoria Park, on August 3 and playing a DJ set during the afterparty at The Music Cafe, in Braunstone Gate.

Dj Stryda from UK crew Dubkasm hosts a weekly radio show in Bristol. In the late nineties, he met Aba Shanti, one of the leading players of UK reggae and dub scene, focused on spreading love, peace and unity in his dances. Special thanks to Dj Stryda.

You can listen to his weekly radio show on www.passionradiobristol.com. 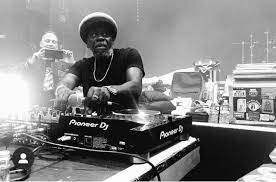 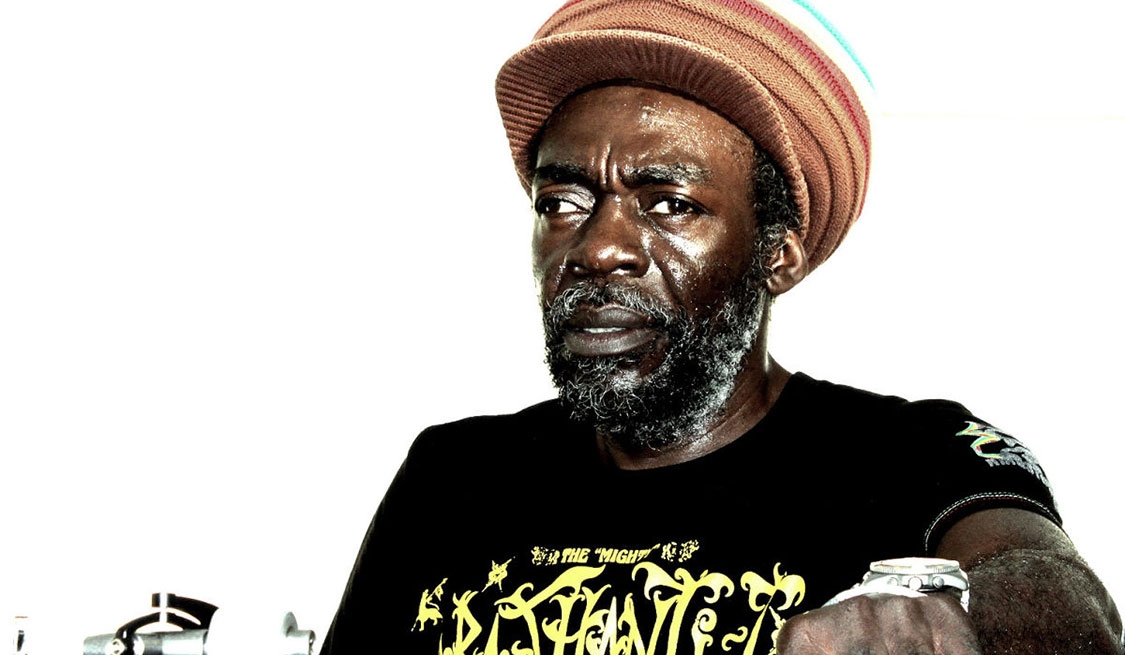